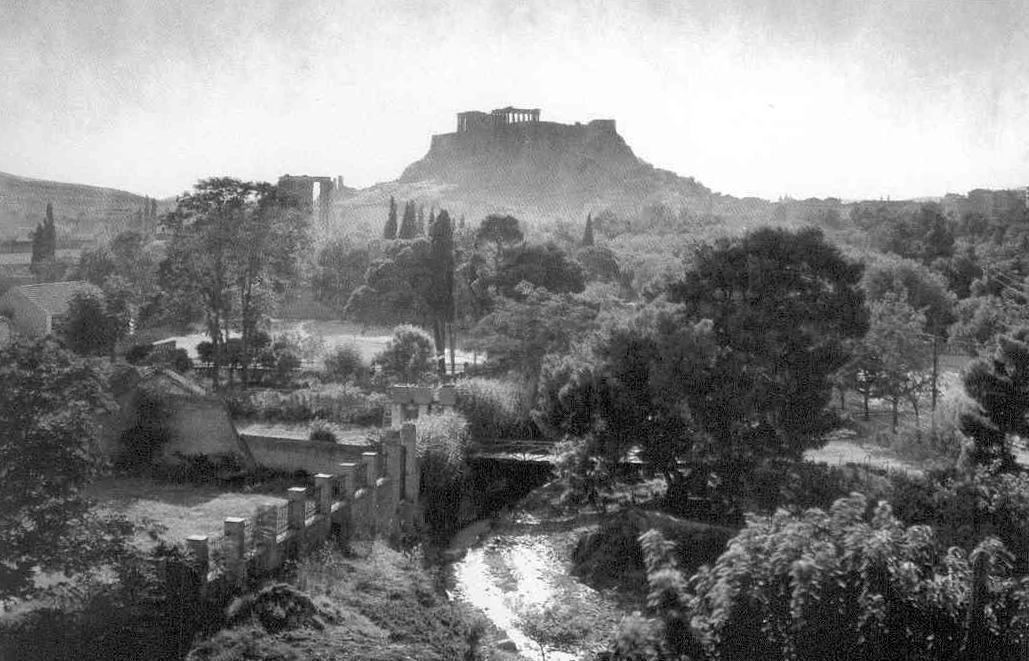 It was not long time ago when I wandered an autumn night around Triana and my companion surprised me: Do you hear it? I heard the cars and nearby conversations, so he insisted: Do you hear? Suddenly, something was revealed. Caws were heard. He said: they are birds that emigrate. They passed these days above Seville. Nobody notices them.

Then, the day finished like other ones but suddenly, during a moment, those streets had dissolved to show clearly a natural timeless plain pierced by a river and ploughed by birds. It is said that Zeus freed two eagles from the opposite sides of the earth to let them bumped into and at that moment they let the omphalos fell off looking for the centre of the earth, and in that way Delfos was born: those who visit that hillside, beneath the rocky wall and above the olive magma that are joined in the sea, have no doubt about that they really are at the centre of the earth. In such a way the Ancient Greeks measure themselves with nature, in the way they were able to reveal the deep structure of different places, taking care of Her by means of their architecture, a truly art of the place.

The way in which our cities are built make us insensitive to the environment on which they are established. There are stream beds, pastures, streams, canyon walls, rocks, reservoirs…which are hidden by avenues and buildings. Winds and the rain sneak with the same strength, cadence and direction as before human beings were there but the constructions do not know it. The possible perspectives towards a landscape that gave special references to our ancestors, which place themselves in the world, are blocked without contemplations. And the genius loci, the spirit of the place, falls silent waiting for better times.

Facing ourselves to the project Centro de Salud en Aguilar de la Frontera, in contrast with what occurs in other more “urban”, which tend to hang up a veil above the environment, we came influenced by the special condition of its site. A platform supported by an imposing wall of containment of masonry executed in the 40s, at the east slope of that village. Aguilar de la Frontera is not Urbino, but if the way of looking is forced to convene the genius of the place, then the memory of its defence appears in the kingdom of Granada in its position in the landscape, vineyards are visible from its hills (maybe from the original word “tercia” that gives the name to the street where the centre is placed), we can understand its strategic position above cattle routes and tracks, we can feel the respect to the far cemetery that is placed on the hill far away.

And the project convened courtyards like tree-covered balconies above the vineyards, waiting rooms like vantage points above the paths, blind facades like garden walls of agricultural storehouses. It was deposited above the masonry wall offering the acropolis that its stones had wished to support…Efforts to understand and reveal the identity of the place through architecture. Several tries to awake the earth’s memory.