At Odds with Weight 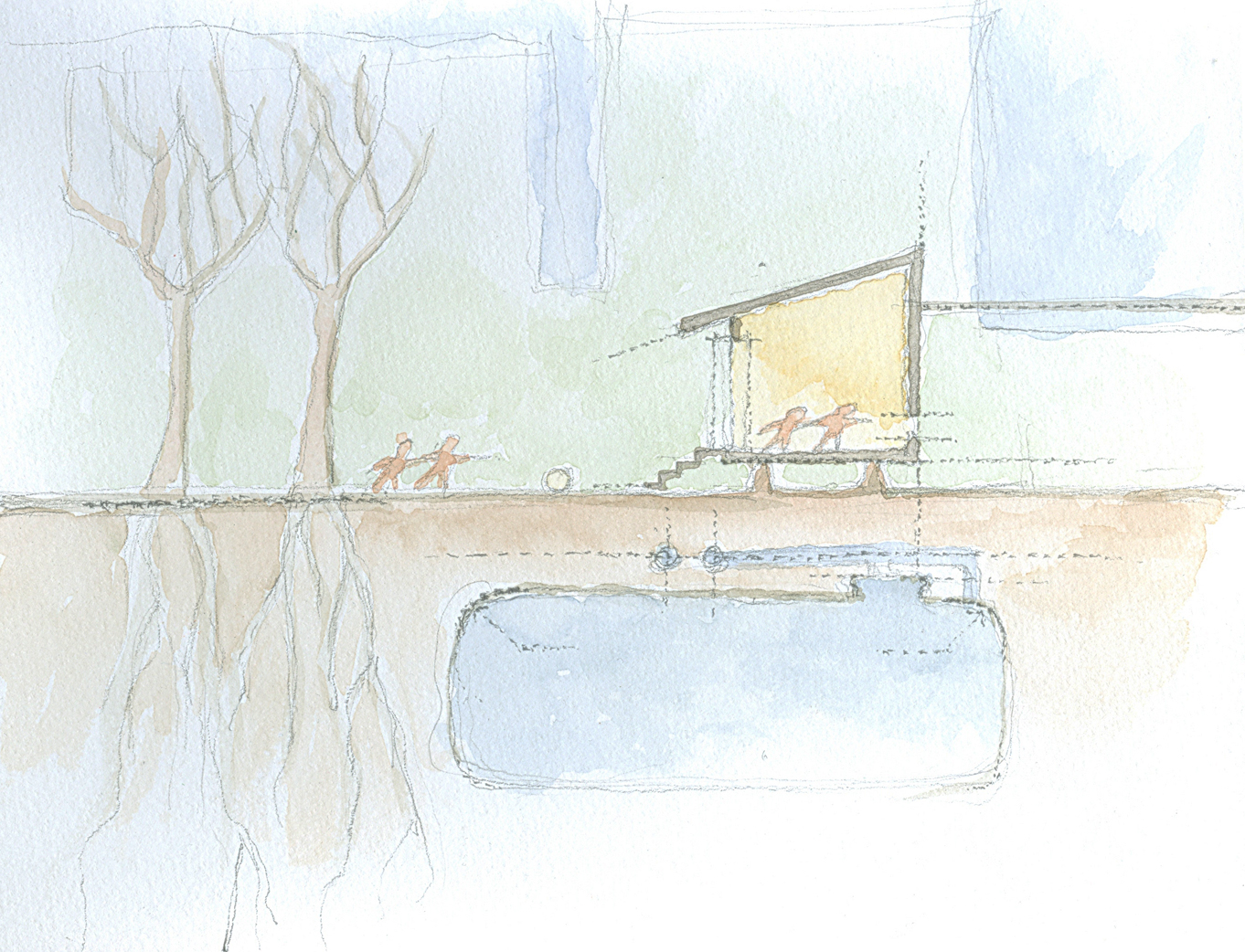 Maybe in the mythic world of origins, where shadows of the collective subconscious wander and inhabit us, the only tasks of builder giants are to domesticate light and to defy gravity. Because of that, they think up tools, rehearse prototypes and, day after day, observe the sun rays that carve the forest or measure flat pebbles that they push out above the ponds.

How could we understand, if not, the permanent illusion of making buildings float, more or less simulated, that accompany us? The invisible gravity, which links us and connects us mutually and with things¹, waits our challenges, contemplates how, each time with less substance, walls are erected and the skeletons built, and it listens demiurges anticipating a future in which it will be very easy to discern between the good and bad buildings: “It will be enough to submit them to the weight: the good architectures would float and the bad ones would sink with all their material and cultural burden”².

The game of weight, the argument with the perceptions of weightlessness marks many of the strategies of the contemporary architectonic creation of shape. But, moreover, the battle against weight has another things to face less related with the visual perception. Absorbed in the planetary conscience of efficiency and the cares of the inherited environment, questions like the exploitation of the available resources, the valuation of employed substance in the building processes, the reduction of useless rests, the re-exploitation and dismantling appeal to the constant attention to the question of Buckminster Fuller: But how much does your building weigh?

This was precisely the question to which we faced at the most unsuspected place, designing the extension of a pre-school. There was a municipal architect who really formulated it as the previous step before consenting a license. The Pre-school of Santa Eufemia could have an almost free adjacent terrain, with sufficient dimensions to accommodate its growing, in the shape of a multipurpose space with an office, bathroom and an outside area of games. But there, the municipal supervisor refuted a numerical limitation certainly not frivolous. Under that floor there were hidden deposits of the regional water company. It was not available for building. Confronted to the tragedy that this discovery could suppose to the hopeful promoter teachers, we improvised some questions: And what if the construction weighed almost nothing? How much could it be almost nothing?

The ancestral fight of taming gravity had quantified objectives here. From then on, all the process of the project was oriented not to overtake that minimum in the edification, the overloading of a maintenance lorry on the municipal deposits, always at a cost of precarious economy. The tubular light structure, the closures of marine plywood, the multi-layered fabricated boards, without a layer of compaction, the linings of cork, linoleum and cardboard-gypsum would build the strategy of making minimum the overload that the deposited habitable object provided.

Of course, at the end the system of real support did not need much manipulation (two lineal beams of concrete set back from the border) to simulate the invisible: the pavilion is so light that it does not crush its shadow and (what for some is more modern), when its large facades are contemplated, it seems that it floats.