Unlikely Machines on the Garden 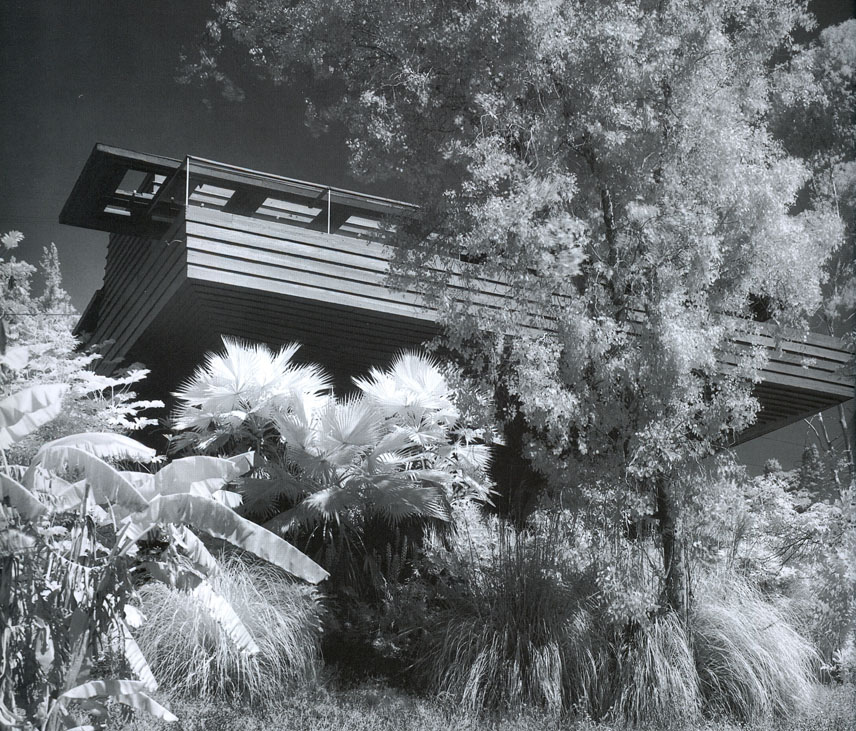 For the imaginary of the Modern Movement, hell could be placed in the massive neighbourhoods of old industrial cities. At the opposite point, paradise would have the aspect of a sea of sunbathed green. The garden city or the proposal of blocks sailing high above an infinite park of Le Corbusier would give shape to that utopia. A new Arcady that might not be more than an actualization of the pastoral medieval idea of the hortus clausus, the shut garden, now taken for an urban scope.

Confronted with this ideal, architecture should be installed in the gardens in the shape of artefacts with an ephemeral and graceful appearance. The pavilions in the romantic gardens, the arbours of the Mediterranean gardensâ€¦ They do not jeopardize the supposedly unaltered nature. With reference to the scope of a whole country, Leo Marx has written about the â€œmachines on the gardenâ€ describing the construction of North American territory, generated from the dialectic between the pastoral ideal and the myth of the industrial production.

We are heirs of that conscience that sees each vegetative group as gardens to preserve, comfortable with the fiction that unaltered nature still emerges from inside the industrial society. That is why the projects whose location is close to parks or gardens sometimes tend to turn consciously to the pavilion model, and other times unconsciously to the archetype of the machine, the sophisticated object that on the other hand talks with nature shapes.

Our works in Centro de Salud in Casariche and the extension of the Chemistry Faculty in Seville, are two versions of â€œmachines-on-the-gardenâ€ kind of architecture. In Casariche, the place thought by the Town Hall for Centro de Salud was unbelievable: there was not any possible site in the village other than a rectangular garden between arcades. Constrained by the categorical premise, the projectâ€™s construction was set out as a light object begging pardon since the very beginning, which is not established on the terrain but it floats above it. The first building estimates (rejected by the developer because of the budget), like the one of a furniture that could be dismantled at any point. The final version, of a very low budget, had to resort to conventional closings but preserved some resources focused on simulating that condition of ephemeral machine. The structure of a central room and two big fullness make the contact of the building with the ground disappear. The lining uses a kind of stone (fossil sandstone) and a quartering that refer back to the image of the light wood boards. The windows appear like glass cabinets simply hanging in the parameters.

More literal as regards the constructive model of a machine installed off is the way in which the extension of the Faculty of Chemistry was built. In this case, it is a tightened kind of construction with closings of boards that favours a layer system against mass. The space in between of the pavilion that hangs in the air and the ground are oversized in order to accommodate the library, described as a volume of air below the building and the gardens. In Casariche and in the Faculty of Chemistry, the resource of a metal structure has to do with the optimization of the sections of the supports, as we looked for the highest dematerialization of the skeleton and the simulation of lightness and not permanence. In the case of the Chemistry Faculty the condition of the structure as a mechanism joined is extended to the forges, made of ribbed sheet above the IPN beams.

In spite of what we wanted them to beâ€”pavilions at the gardenâ€”and of how the process is, both projects inspire a contradictory conclusion. In both cases they are operations of densification of consolidated urban surroundings. There were no gardens. In Casariche the interior space of the square was untidy and almost dry, and the forward space of the Chemistry Faculty was not more than a platform with stalls. Now, with the pavilions, the interval spaces that surround them, tidy and dense, give the appearance of being part of a former park temporarily occupied by a machine. A park which just some of us know it never existed, but whose impossible memory appears from the green courtyards that separate the machine from the boundaries of its garden.