Your house ready in a month 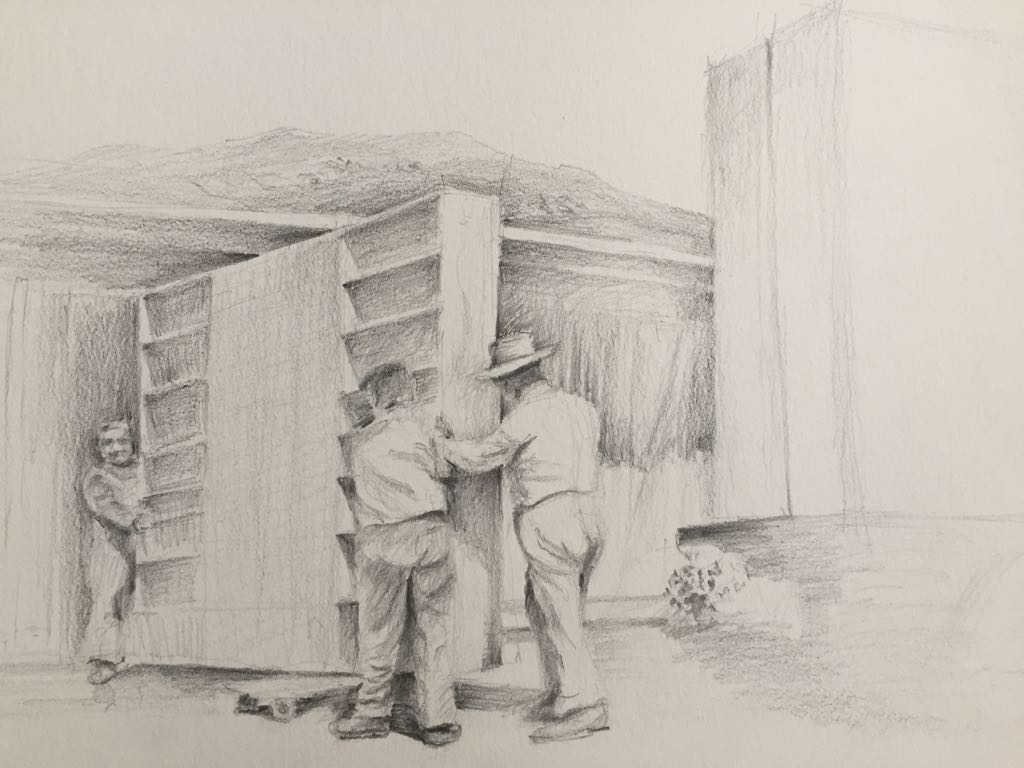 In 1935 Le Corbusier visited Ford production facilities on River Rouge and he transcribed his impressions: “I left Ford production factories in Detroit. As an architect, I’m pretty astonished, because when I bring less than one thousand dollars to a site I barely can build a single room but here, for the same money, I could buy a Ford car! (…) All these marvelous machines could be acquired for less than a thousand dollars! (…) This is the current dilemma that is facing architecture, leaving “buildings” out of the paths of progress. Everything is collaboration, unity of points of view, unity of intention, a perfect alignment of movements and ideas within a Ford factory. However, in a work there are only contradictions, hostility, scattering, difference of opinions, assertion of opposed objectives, all of these abusing common ground.”

Walter Gropius wrote the same year: “Standardization is not an obstacle to the progress of civilization but, on the contrary, one of its immediate prerequisites.” Enthusiasm from the fathers of Modern architecture for the standardized production of consumer goods, where the car (a habitable space) is paradigm: industrial production archetype is installed within the collective subconscious of aspirations of modernity.

We may track the origins of this trend from the works of Viollet-le-Duc, one of the most active authors of Modern architecture. As it is possible to deduce from his idealized vision of Gothic cathedrals, for him, the best building was “the one that gets the best with less resources”. The structure of a cathedral uses the stone carrying capacity to support tractions to shelter as much space as possible and to reach a higher height with the less quantity of material. Curiously, Henry Ford shared this opinion, as he stated: “Thanks to some clumsy reason we have confused strength with weight and primitive methods favored this (…). The mentality of humankind, in a sense of making things, is agile, light and strong. The most beautiful things are those that abolish the excess of weight. Force rarely is just weight, whether in humans or in things”.

Frank Lloyd Wright was a debtor of Viollet-le-Duc and he wrote about this on his treaty “Entretiens sur l’architecture”: “Hear you may find everything you need to know about architecture”. It is not difficult to find these interrelated visions at the dawn of the creation of theoretical bases of modern architecture. We may understand the devotion for prefabrication (and more specifically for light prefabrication applied to housing) if we add social consciousness from a utopian root that fills the avant-gardes (lies beneath the enthusiastic document from Le Corbusier about River Rouge factory).

It does not seem weird to verify a continuous presence of light prefabrication experiments within almost every master (and not masters) career through the “heroic” period of modern architecture. Those experiments failed most of the time. Even Wright and Gropius experimented some of the most known fails: both “American System Built Houses” and “Packaged Houses”. Gilbert Herbert wrote on his discourse “The Dream of the Factory-Made House” the following paradox: most known architects throughout the 20th century tried once and again but without achieving good results. However, despite an incomprehensible reason, the fight continue.

It is possible to find some social responsibility under the attempt of making up more efficient houses, affordable as cars (in the current energy crisis period, as we may add) with a lesser consume of material resources for their aimed lightness. Those materialized experiences show a no productive scene and confronted with traditional architecture, but proposals have not decreased in number and depth, being renovated each decade

Industrialization, as well as in the car industry, has reduced times and organized costs and it is not only proposed by those assertive architects. Daily life show us that modern architecture lies on collective subconscious of housing users. Everybody wants to be more efficient, more controlled, more technological, more optimist, cleaner, etc. despite specific conditions from places, limitations that come from the productive area, conservative manners or cultural inheritance or memory.

That’s the reason why it is easier for a client to identify himself with proposals following the principles of industrialization, where heavy loads are freed from traditional construction. “Your house ready in a month” is a typical slogan from modernity and optimism.

Living Kits houses, where we had the opportunity to take part in, were proposed as an attempt to achieve the following utopian aspiration: it is possible to have a medium size single-family house, built in less than a month, with a prize around 10,000 euros per square meter. We had to make an extra effort to build up an integrated system of normalized pieces, mainly constructed in a studio, with weight and transport dimension limitations which let a sequence of construction with a maximum efficiency.

There are so many proposals about industrialized housing but the only filter is quality. One example could be the first Living Kits system, built up within several periods and, taking a close look to LK 3 house in Churriana, built up just in one month, as it is shown in the building diary. The process needs extremely precised details about all the elements used, to systematized them, number and having the necessary construction drawing if we want to achieve a successful process. Decisiveness lies on the computer and such a reduced time of construction need more intensity and a longer period for the project and its previous preparation. Users with limited time or those who need more costs may find a utopia comes true: a house in a month