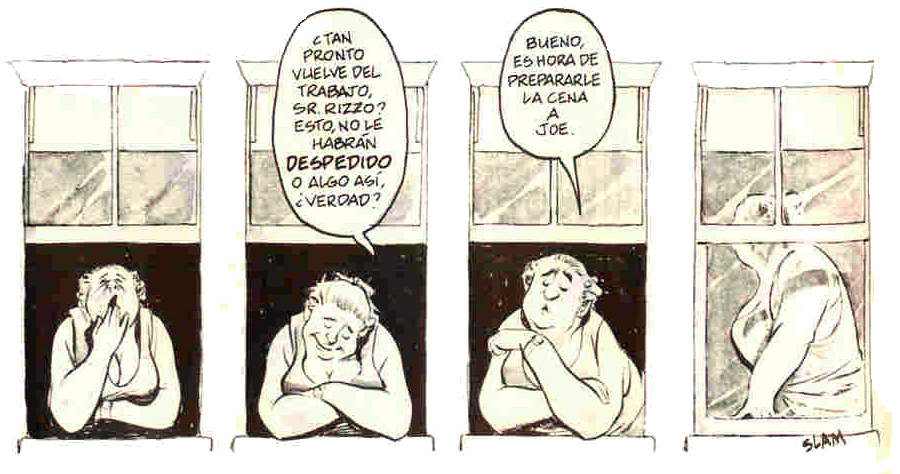 We are used to design the encounters between the inside and the outside of the building from the view of the designer, who contemplates the decisive gestures from a needed distance; our projects sometimes speak about plans, transparencies, patterns, cracks or gaps. The wall as a diaphragm. The faÃ§ade as an interface.

Far away remains the material proximity that, as in the poem by Ponge, is embraced by a window while its â€œspirit leavesâ€, or the intuited threshold by Sandburg from where one can observe the shapes of the twilight while one hopes the arrival of love. In both views, the window is the bodyâ€™s refuge in that initial moment from which to spread across the city in the conscience, deserving to be treated as an architectural character with substance and its own limits, linked to the body scale that the house inhabits.

In the work of 100 protected houses, locals and offices in Jaen , composed by three cubic, almost equal, volumes, the first proposals weighed on faÃ§ade treatments that took advantage of the volumetric abstraction, re-covering the different kinds of textures of the cubes, in which the gaps will act as a resource to knit the tapestry that the faÃ§ades could offer to the street. Finally, the idea of providing to the gap of that singular substance predominated, and the scale related to the body that appears in it. What could have been a fissure, a cutback in a diaphragm or a pattern, became then a lookout made of stone whose size was that of a neighbour who contemplates the street.

The attempt of abstraction and neutrality of the volumes (that pretended to be a mere backdrop to the park) made the repetition of a unique gap necessary as well, so that, with the slightest variations in the inside (adding and deducting balconies or fixed and collapsible leaves), could give service to halls, rooms or offices.