Air bubbles in a case 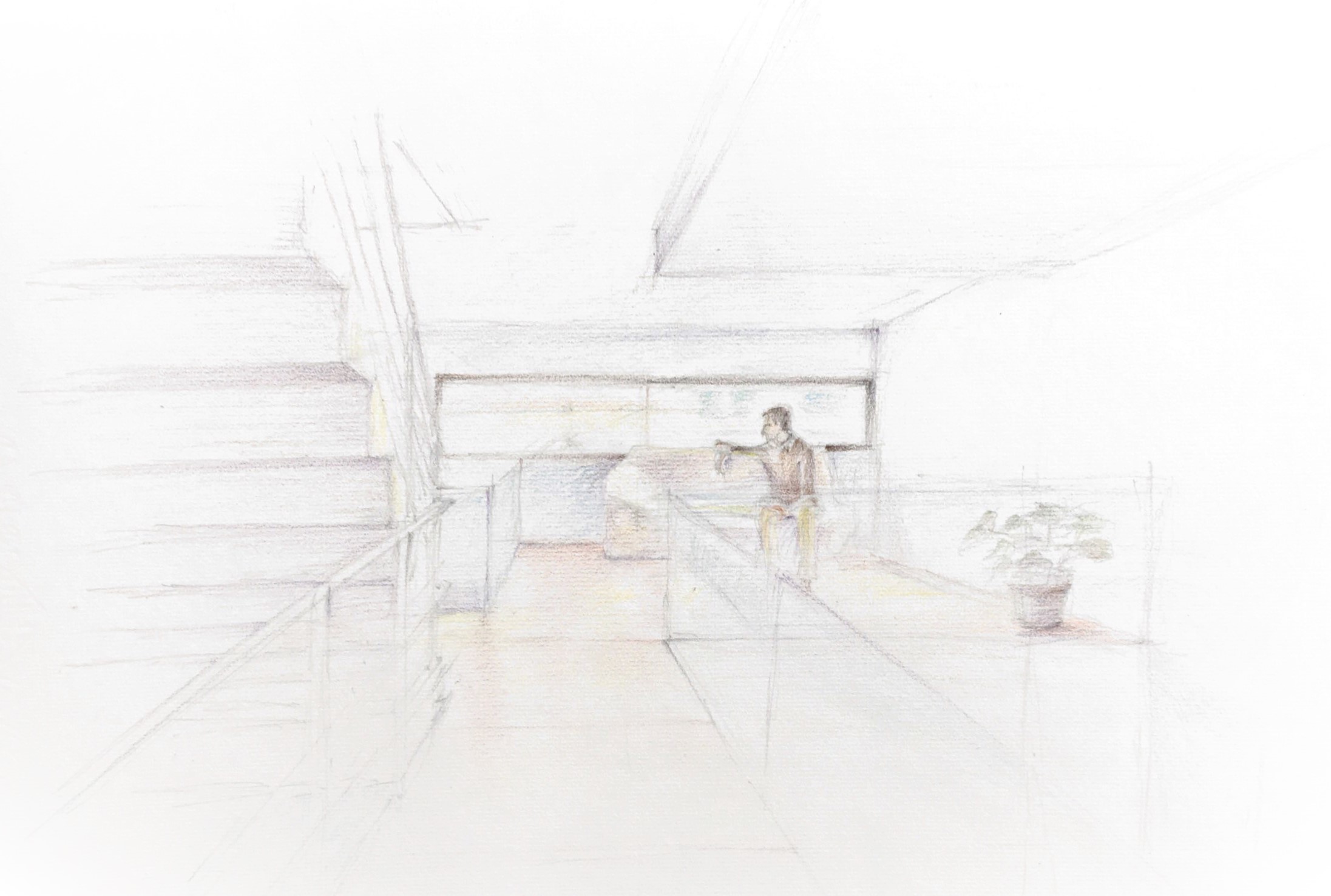 Generally, there are codes in charge of standardize those legal measures regarding architecture and stratifying it into “floors”. Local ordinances clearly specify the conditions of the puff pastry that builds cities: maximum and minimum heights, number of superimposed stories…almost every project could be started from the moment these facts are known.

Since then, breaking down the available volume into horizontal pilled up drawings help organizing the service program, which normally begins with a gathering of rooms, organizing them within each subset of “allowed” stores.

Domestic architecture of Adolf Loos, associated by critics to the term “Raumplan”, could be read as an exercise of resistance to the obviousness of stores stratification. In “Raumplan vs Plan Libre” exhibition, which became a cult exhibition and was commissioned by Maz Risselada, we found conclusions from the comparison between Le Corbusier composition method and Loos’ one, there were even discussed the boundaries and contradictions of the strata design of isolated bourgeois house. The Swiss master used the double height as a resource to force the pilled up stores and to produce visual diagonals. This was simple compared to the sophistication of the overlapping of different free height spaces that the Viennese brought to his most convincing materialization Villa Müller in Prague.

When visiting and exploring this place and its marvelous interior, you find those virtuous of the above-mentioned composition method, that multiplies the sensitive experience of the domestic space through a series of features and scales that are difficult of foresee from the exterior. The case was white, classic, intriguingly asymmetric and with a tripartite design that surround a series of closed spaces, air bubbles (each one of them with an own material personality) that compact the available volume.

In the monograph dedicated to Villa Müller, Leslie van Duzer and Kent Kleinman2 study the virtues and divergences of the loosian project. Opposite to the fabulous assumption about that Loos drew rooms drawing them “on air”, from a direct experience of building them but we felt pretty relieved when we realized that these drawings presented to the municipal license process define in detail all the interior space. Authors introduce the concept of “the two dwellers of Raumplan” to analyze the stressed interaction between two souls of the compositional loosian method: the static individual and the wandering one. The domain of the static individual is the discreet room. This first individual dwell in each well located, good dimensioned and empathetically materialized room. The second individual wander along the edges of the facility, were the main circulation could be found. All classic, static or compact drawings shown at the elevations and in the symmetrical and tripartite geometry live in the building together with the violent rupture of the main circulation, a rising spiral that connects different size and material rooms. The sensitive result is related with a collage or a filming production, where recent memories and expectations are bond together.

Van Duzer and Kleiman text highlights a textile feature of materiality from interior spaces and the exterior covering. Using the metaphor of the suit to explain the complex balance between urban decorum, concealment and a partial revealing as a method to explain austerity and “silence” of facades, authors delve into a crucial aspect that every urban housing project should resolve: tension between privacy and public expression, between personal assertion and decorum, between intimacy and landscape, between interior glances and exterior contemplation…To understand facades as different parts of a suit taken to introduce the house to the society also help to manipulate the dialog between a simple and brief urban code (reduced to a vocabulary made up to stacked up stores) and the complexity of private vital scenarios. Among simplified standardization of the planner and the variety of the specificity of a client vital expectations.

A house in Prosperidad street, number 42 in Seville (Spain), whose under its building process were carried several calls between developers and our team, made up us to explore some territories of the project where loosian lessons were shown. Land regulation establishes a two stories plus an attic that could have left, in the beginning, to a double tray without accidents. Dialogue between its future inhabitants started modeling the scheme, using its to host (within a case proposed as a two uniform stores) a variety of different height spaces: garage of gauge, a 5 meters living room acting as well as dining room, a 2.5 meters living room, a basement and a terrace with a swimming pool connected to the house entrance with an outside stair that, combined with an opening on the hall framing, makes an encompassing diagonal line of vision.

Four stories were adjusted to the only two accepted by the land regulation using the resource of a decent suit, following the loosian style for Tristan Tzara in Paris, thus showing it to the city as a pairing stratum with an identical dimension (iron covered vs plaster covered in Seville and masonry vs plaster covered in Paris) that encompass these singular circumstances (additional stories) of a private space.

The loosian example encourage us to include complexity of the a private life project within the interior of simplicity of land regulations, as a way to find a second use to these regulations. It also encourages us to shake the interiors with the interaction of a statism of a refugee room and mobility of sequences of nomadic objects wandering all over the house. Last, but not least, it helps us to transform a standardized stack of second stories drawings into a conglomerate of air bubbles in a case.