As Far as Voice Reaches 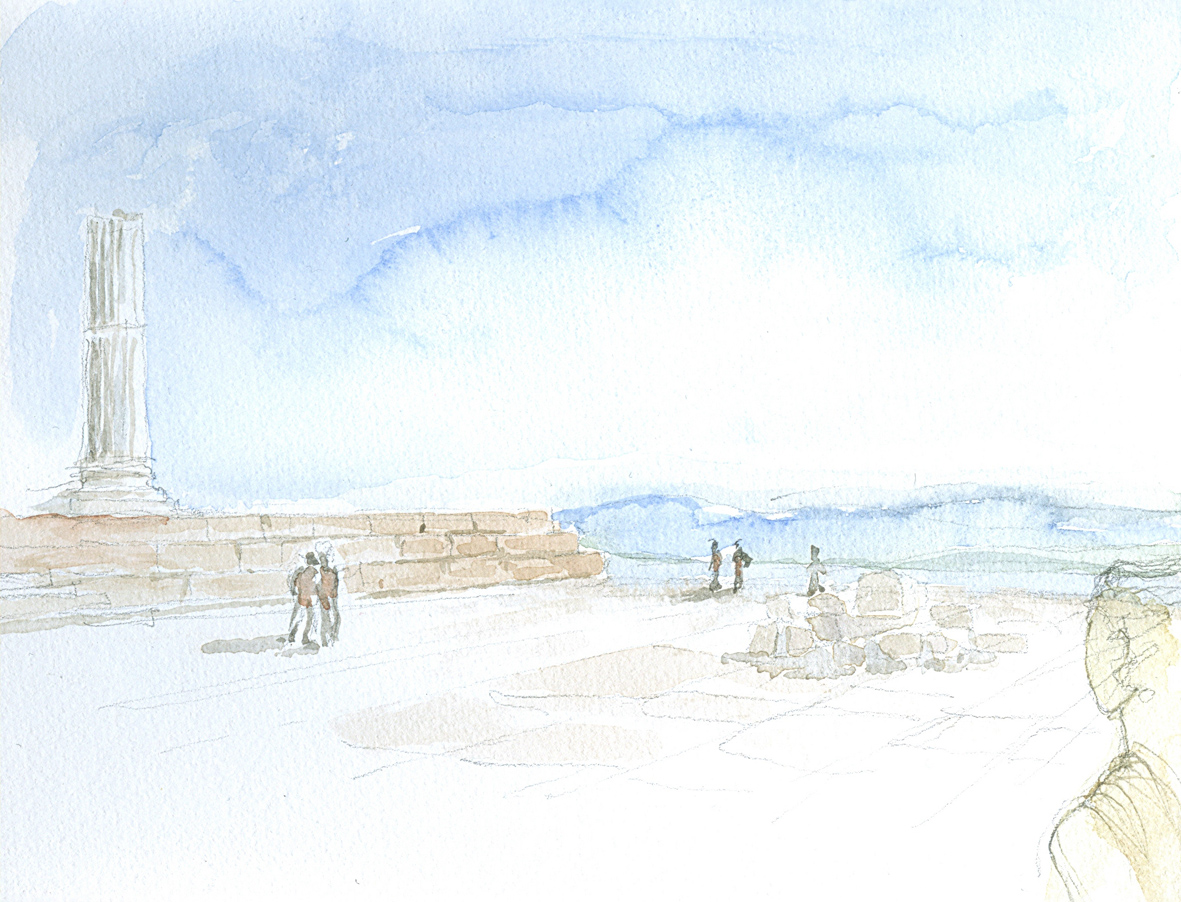 At the old agora in Athens, 6.000 votes were necessary to condemn a man to ostracism. On the days of decision, a crowd close to 10.000 people could meet in an urban space of 40.000 m2. The Athenians, educated on the care of their body and voice, kept a singular good group behaviour at the main square, making up a “square of corporal order in the mist of diversity”, in words of Winckelmann. There, conversations and discourses flowed, and personal distances were measured in relation with the hearing tour of the word. Words and spaces. What would we say today about an urban perspective whose measures are calibrated in relation with the spoken word that is pronounced and that can be heard?

When we faced the project of housing block for young and old people around the train station of San Bernardo in Seville, one of our main interests was to move the conditions of density and physical proximity of the historical city to this site, the first periphery of Seville. The “micro blocks” that we proposed might not be understood because of their necessarily reduced size, taken to the edge in order to simulate a net of interstices of a scale similar to the historical centre, but it was necessary to provoke the feeling of proximity and personal interaction on a residential ensemble that was proposed as a model of inter-generation relationships. The archipelago of micro blocks rested above an elevated platform, a noble floor or “piano nobile” four metres long to the avenue, which was understood as a place of meeting: an agora of 1.800 m2 in which, if the density of occupation were the same as in Athens, 450 people, the inhabitants of the 178 houses could meet and talk to one another.

We are easily getting used to fascinate ourselves with the achievements of macro urban planning, that of the big figures, the one of growing spectacles (especially the oriental one) of which Rem Koolhaas and Google Earth testify. On a recent round table I assessed my scepticism about those benevolent views and how the finest observers are seduced with the figures and the aromas of something big and expensive. When I said that and I showed the detachment involved I was described as a romantic, an adjective that due to the time we live in could not be understood but as “antique”.

However, I would like to insist once more on the idea that personal contact and micro urbanism is the way to answer to the necessities of the urban inhabitants, less and less protected by the classical familiar circles inside the structures of common steady relationships: they are more and more wandering as lonely subjects or in a reduced company; young and old people with the only contact of the Internet. Dolores Hayden has called the attention about the sterile insistence on strategies of “refuge” or of “efficiency” when facing the future of housing. The American sociologist insists on the value of the strategies of joint responsibility, whose archetype urban model would be something like a communitarian cloister.

It would be interesting to go back and talk about the healthy value of proximity, of the physical interaction between different people who exposed themselves and sympathize with each other. It would be interesting to find out how contemporary urban planning of towers above green flats of lecorbusierian stems had become the source of that neurotic fear of touching as Anthony Vidler and Richard Sennett have talked a lot.

On the project of San Bernardo the built elements, the compact blocks around courtyards of small size were forced to look at each other, to almost touch themselves, to share ways of access. At the competition of ideas, there abounded endless galleries and the juxtaposition of series of flats that did not look at each other. We imagined a main square, with its square of corporal order of diverse people who assemble

Shared voices that outline the dimensions of the ground that overfly.