The Normative and the Cat of Montaigne 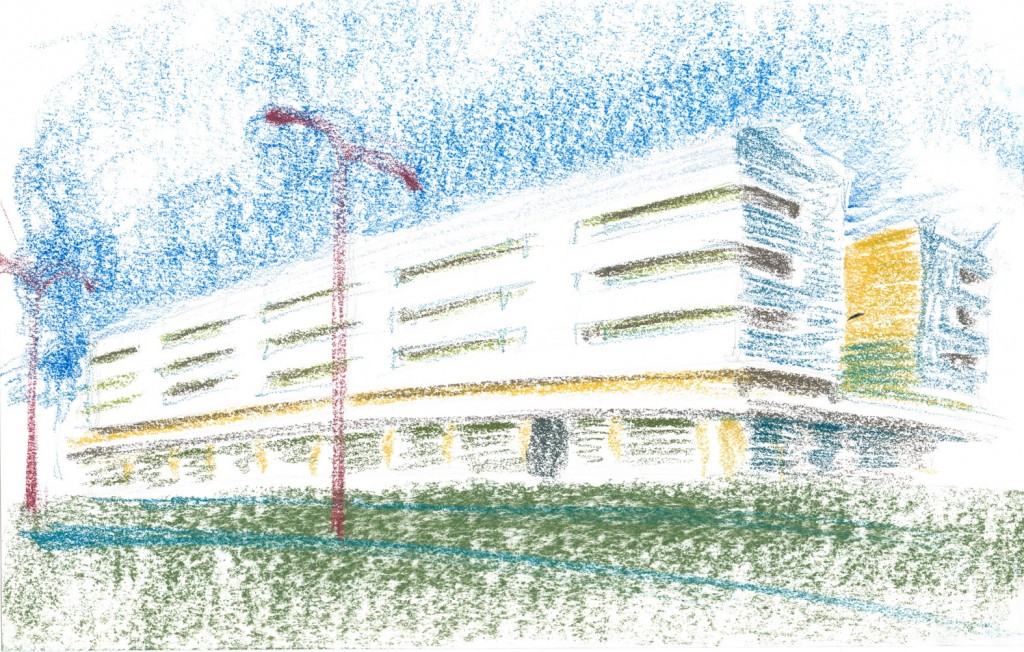 “When I play with my cat, how do I know that she is not playing with me?” On his Apology for Raymonde Sebonde, Michel de Montaigne introduces this intriguing sentence in the middle of a large disquisition about reason and faith. The question summarizes the permanent conviction of de Montaigne of being impossible to analyse the interior life of others, being they cats or other human beings. It is healthy to let yourself â€œplayâ€, waiting for an open attitude to be expanded throughout our cognitive universe.

Our education as architects is filled with narratives about the creative power of the secure and stubborn individual, in the way of Gary Cooper in The Fountainhead or of Rem Koolhas in “fuck context”, but the reality of the architectonic design, from the draft to the reception of the work, seems more like a sparkling net provoked by meetings between too many people than to the route marked by a tireless artist looking forwards. On each of these meetings there are different forms of dialogue, of which the architect distils an exit that later takes to the other side of the net, other dialogue, so on and so forth. At those meetings, following the classification of Richard Sennet, the attitude can be dialectical or dialogicalÂ¹..

It would be dialectical when those that are and explain their arguments, not coinciding, have to resolve the questions and reach a common ground, a kind of intersection of different ensembles. It would be dialogical (term created by the critic of literature Mikhail BakhtinÂ²) when that discussion is not resolved finding a common background. The important thing is not to find shared arguments but, during the process of exchange, those who meet could become more conscious about the points of view of others and expand their mutual comprehension.

One of the most intensive nodes of the meeting net that are produced during the process of the project is found when the design is exposed to the conditions of the urban “normative”. The most usual attitude is to consider this normative like one more obstacle that the project has to solve, as if the writer of those rules were on any other dialectical side, with different aims to those of the noble design that the project was developing. The dialogues on the tables of the Urban Planning Management would be that of opposites who sat at one and other side of the tables and end up establishing a common frame of agreement. Most times the result is a model of dialectic: each of the parts has established its unavoidable premises and ends up finding a common frame. But when the conversation finishes, both points of view have changed.

But there are certain occasions on which fortune provokes the germination of dialogic in those meetings. These are the occasions in which, more than to convince them, we approach the legislator or to the supervisor with certain open-mindedness, not looking for immediate conclusions, not even taking for granted our convictions, but waiting for an expansion of the perception through dialogue, trusting that at the other side of the table a similar attitude is developing.

At the first stages of the design of the work of 68 houses and commercial locals in the neighbourhood of San JerÃ³nimo in Seville we interacted with interpreters of the municipal normative in an attitude that now we would describe as dialogical. Plan Parcial was strict in its determinations. Nonetheless, it was easy to find so much to locate some contradictions. We appealed, for example, to the search of transparencies in the inside courtyards of a block and, if the normative was taken to the extreme, it was fair to generate outgoings on the interior faÃ§ades that ruined the objective of space continuity. At the Urban Planning Management, the architecture responsible for licences, an example of dialogical attitude helped us set out the problem like a reduction to the absurd, set out the correct question: if we strictly respect the normative, we ruin the spirit. What if, at the expense of a small license – assuming that the interior faÃ§ades of the courtyard can look at each other at the core of the staircases – we offer a kind of space not strictly “normative” (cores of transparent staircase but separated in the courtyards), but coherent with the general idea of the plan? In exchange, our project improved in compactness, in relations between the houses and in more generosity and richness of its common intermediate spaces.

We could also describe as dialogic the result of Centro de Salud Lucano in Cordoba, where the intelligent Plan Especial de ProtecciÃ³n del Centro HistÃ³rico, written by Paco Daroca, was a clear invitation to the heterodoxies, only the relationship with the people in charge of the Urban Planning Management facilitated and adequate atmosphere, as they did. Only thus it was possible a ground floor completely diaphanous that generated a fluid urban attendance, which really invited the pedestrian, or the treatment of faÃ§ades of the interior courtyards, a free interpretation and in pizzicato of the vertical gap and the solid-gap proportion that ordinances required.

Who played with whom in those kind normative conversations? Looking back then, it does not matter, maybe de Montaigne would have wondered himself. Now we only have the certainty that, only through some meetings and attitudes, perception changes things. In all of us.